Photographs of the Isle of Harris beaches 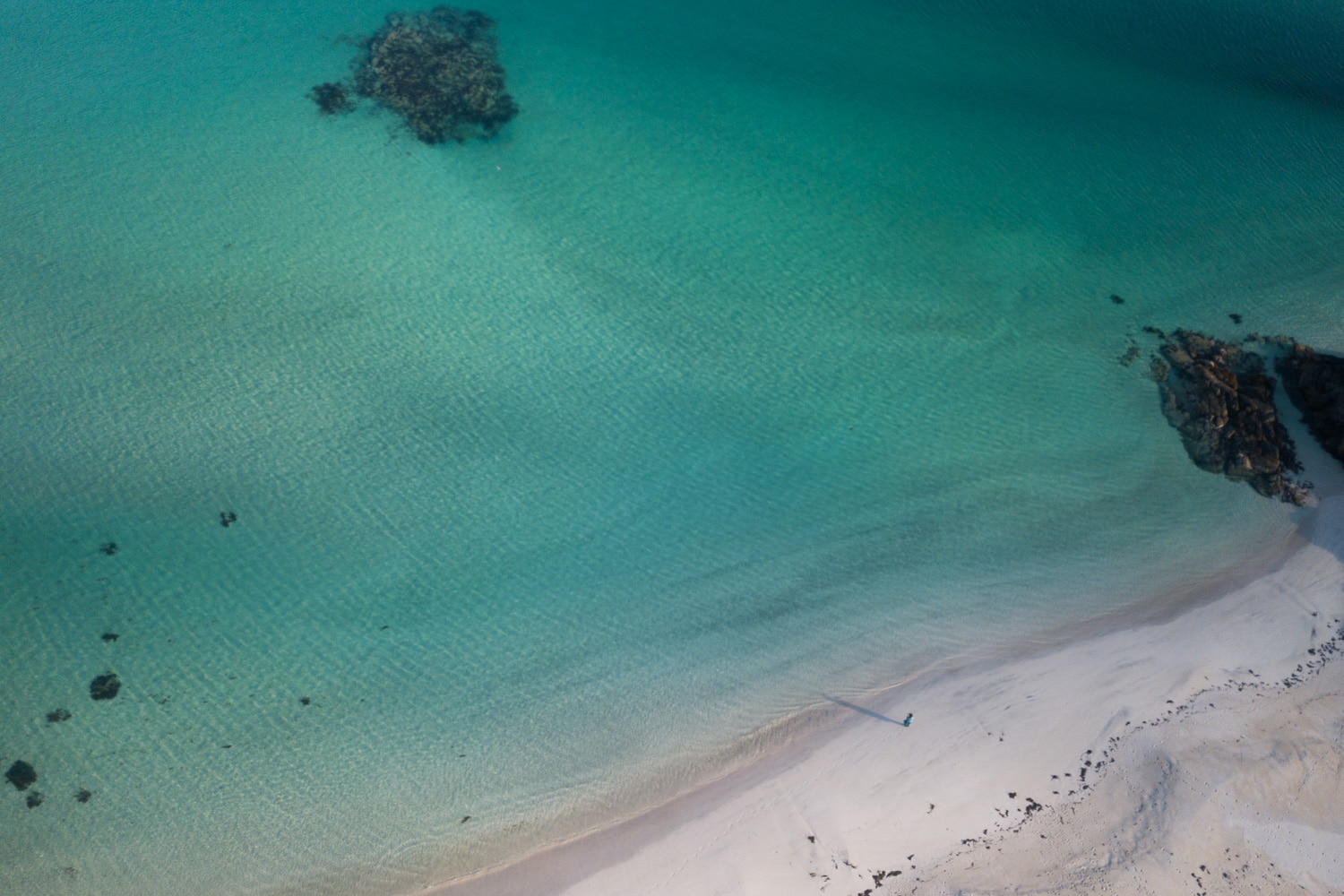 I have indeed found a real charm to being on the Isle of Harris in the summer months - the warmth for one! Wild swimming on the Hebrides has been so glorious and less hurried than in the winter. Plus there is much less face freeze going on as well!

With calmer winds, I have managed to capture some drone images of the beautiful sea colours in Harris. I began to realise that my desire to capture the Hebridean sea isn't limited to just photography of a traditional nature. I love capturing wild seas, waves and dramatic skies with my landscape photography kit, from the beach. But how wonderful to include other ways of expressing how I feel about the sea. I could just dive into colours of the Hebridean sea. I love the blues and the turquoises so much. Representing this is creative expression and is what I truly want to do. 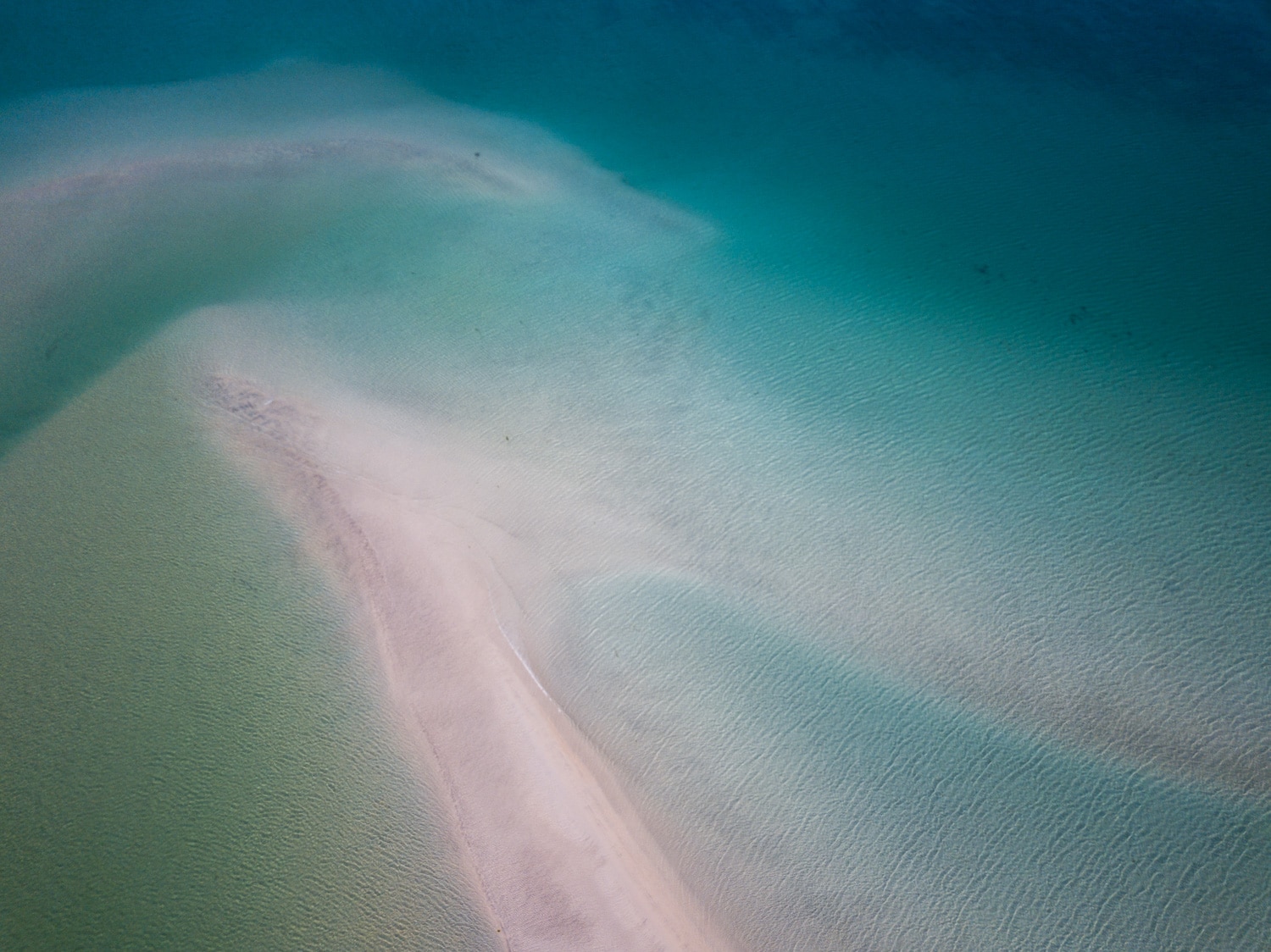 I have made big steps forward in doing this recently. Many years ago I began photographing the sea underwater. I have been fascinated with developing this idea for many years, but never had the time or the equipment to do so. Until now.

So my trips over July and August have seen me spend a lot of time on the beaches of the Isle of Harris amidst calm, sunny conditions which perfectly bring out the colours of the sea. I get up early to be out when everyone else is still sleeping,g so that the quiet immersion that I seek in the winter is still part of my creative process. The wind is at its lowest then as well and often the seas can be calmer and less churned up.

Knowing the beaches of the Isle of Harris intimately goes a long way to being able to know where to be on any given day and any weather condition. Some beaches are more sheltered and some have more clarity below the surface. Some are easier to access carrying a vast array of photographic equipment as well! I have yet to explore some of the beaches and inlets of Harris as well. 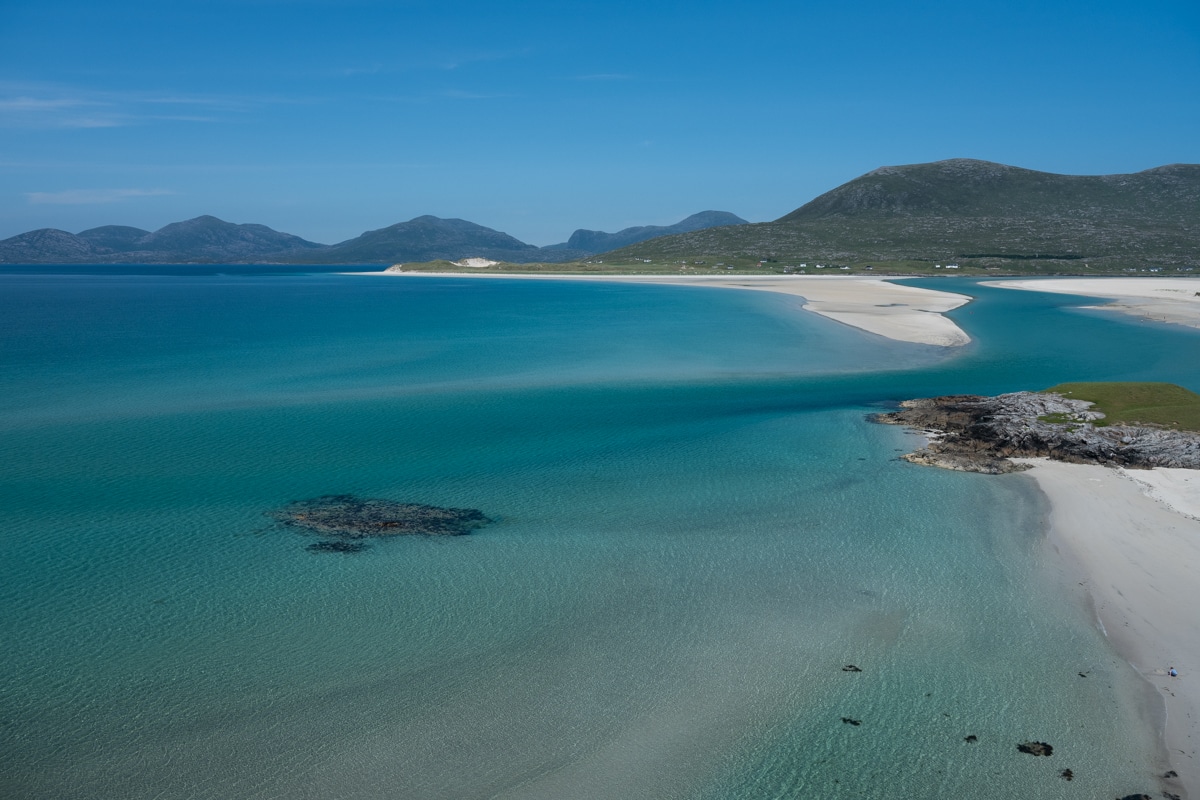 I spent an entire two days on Seilebost, which has shallow water that covers the sand at certain times. Sometimes you have to wade for a long time in shallow, clear water to finally get to the shoreline. A vast expanse of shades of blue and turquoise - most often photographed or viewed from the famous viewing point on the hill.

With views directly over to Hills of Harris as well as Taransay, it is one of my favourite locations in Harris. 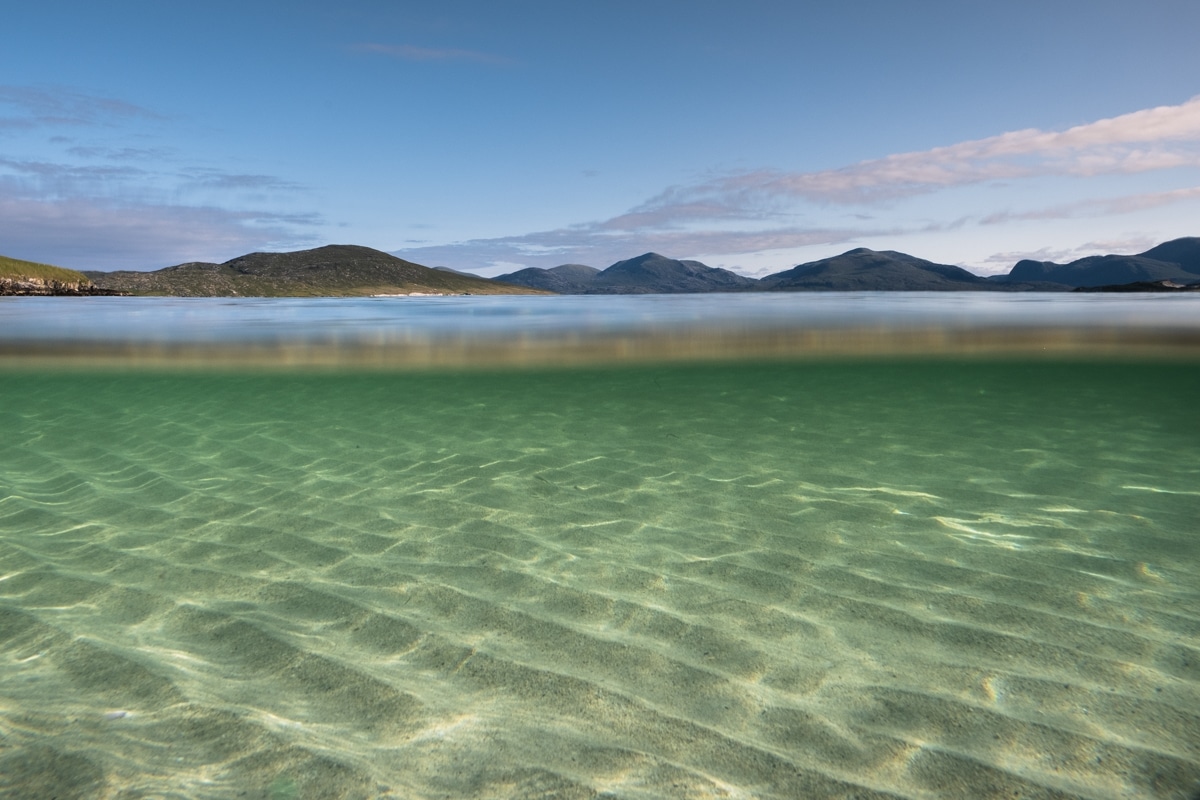 Horgabost is a favourite place for wild swimming. The most sheltered beach along this part of the coastline on Harris, it often has completely calm waters. I spend a lot of time sea swimming in  here and, in fact, it is only just around the corner from Seilebost. The views are similar but less expansive than from Seilebost, but the view over to Taransay is wonderful.

Nisabost beach is just around the corner from Horgabost. It is better known for the gentle swell that comes in. Often there are surfers or paddle boarders and it is where Surf Harris and Lewis  run their surf lessons from.

I arrived on an unusually calm day to find small clean waves rolling into shore and clear water. I have never before seen waves from below the surface but I took this rare chance to experience this. It was quite possibly the most fun I have had in a long time! It was simply exhilarating to see that I had managed to capture a rolling wave from below. I have only ever seen this done in America or other warmer climates by professional surf photographers. My waves may not be as impressively large as theirs, but I was delighted all the same. 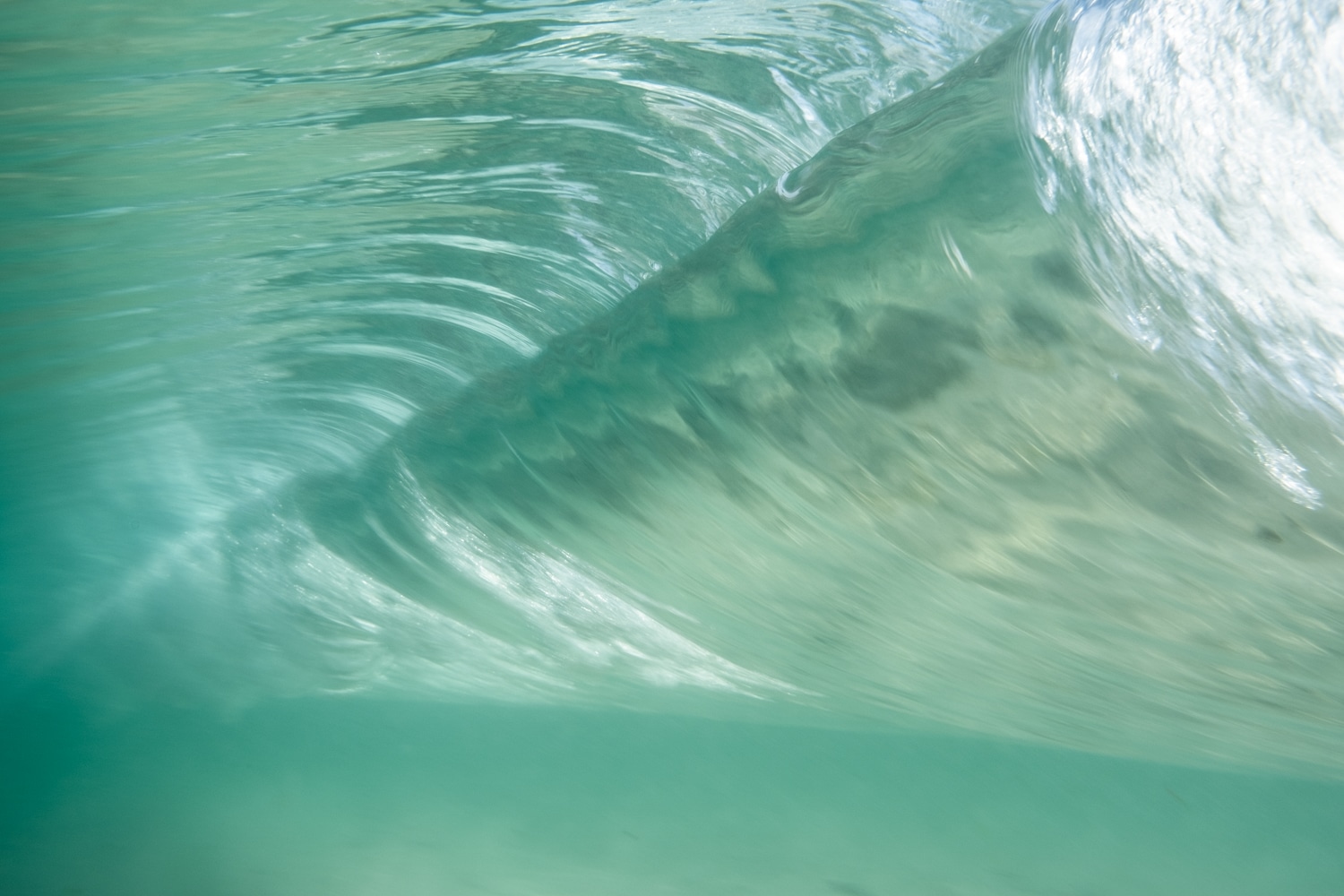 And finally, I couldn't fail to mention Luskentyre beach. It is one of those places that is highly changeable from day to day. Some days you find beautiful waves rolling into shore and clear waters and occasionally you arrive to calm waters with no waves. As I did on this occasion.

Photographing the Isle of Harris beaches from above, below and from the beach is a lifelong project of mine that I am sure will never end. The ever-changing conditions and challenges that are thrown in my way of weather, cold and access all contribute to the joy of creating these images. Moving them on towards painting has been a dream of mine for many years and no doubt, it will find its place when the time is right. 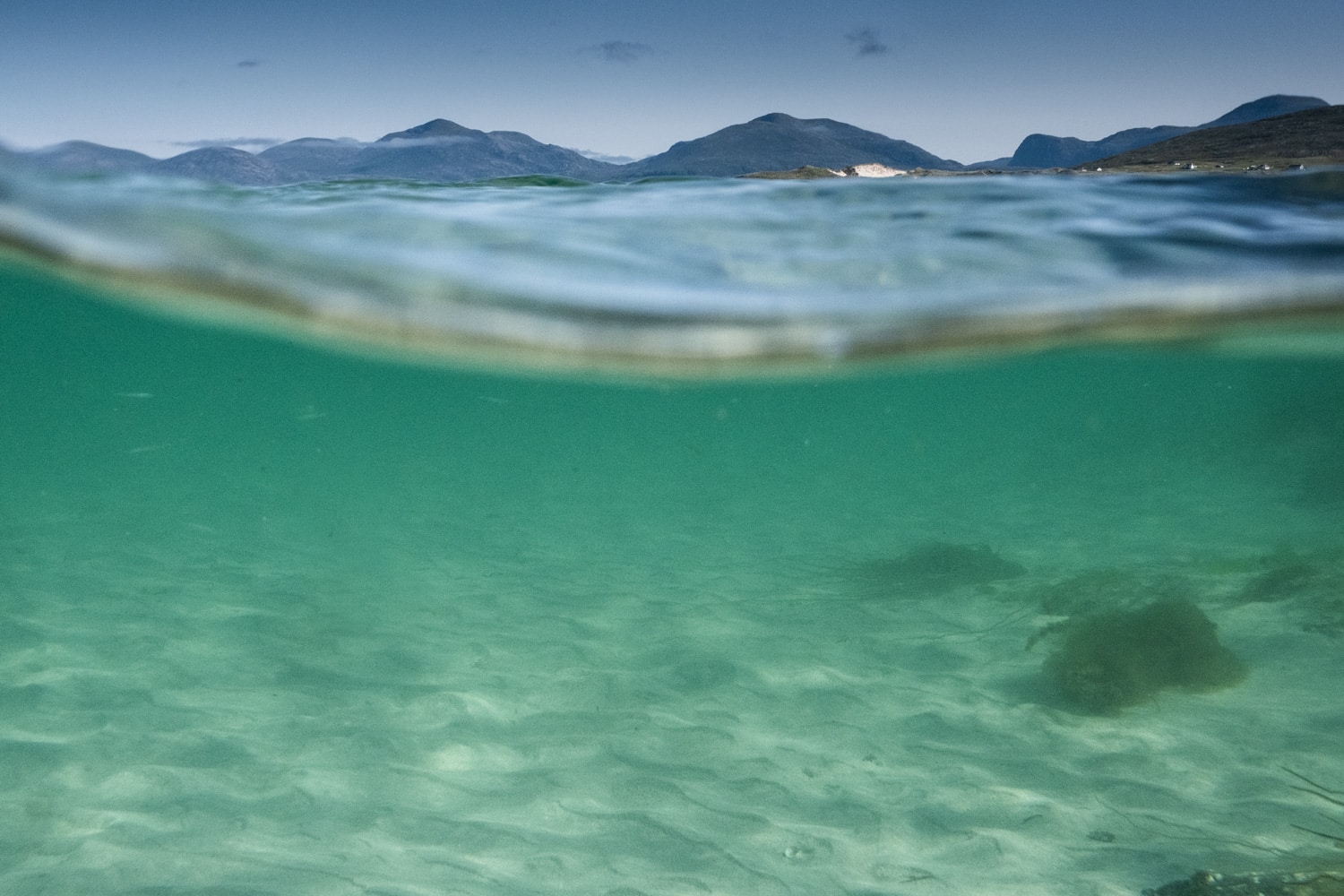